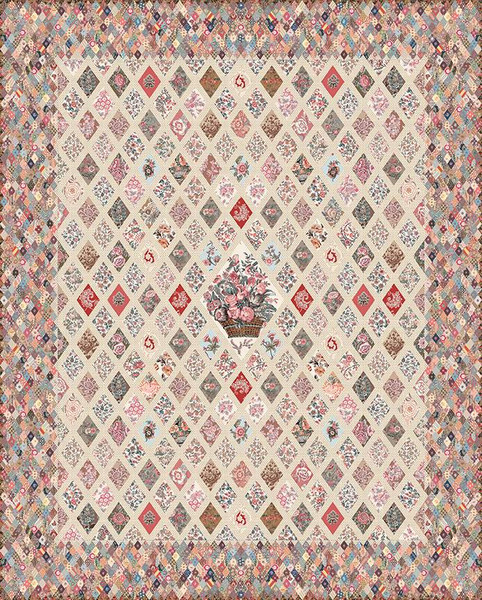 The Jane Austen Coverlet is a reproduction of the coverlet made by Jane, her sister Cassandra, and their mother. It is a medallion quilt with a large central motif cut as a diamond. This is surrounded by a 232 smaller diamonds and interconnected by spotted sashing. The outer border contains over 2500 smaller diamonds. The Jane Austen at Home Panels are necessary for an accurate reproduction of the Jane Austen coverlet quilt. Finished size is approximately 80" x 100".